Is Nour Farag a Top 10 Prospect?

When we hear about top 10 prospects in any state, we hear the players that are nationally known. Farag proved us wrong, SEVERAL TIMES. This kid went from 100th in the state, to probably hitting the top 10 rankings in NC, in only seven games! It didn't happen until he left powerhouse Oak Hill after his sophomore year. In his junior year at Oak Ridge Military Academy, This 6'4 G prospect is making a name for himself. Averaging 25 points, 4 assists, and 8 rebounds over last 8 games, he is getting more known across NC. How many 6'4 players can play positions 1-5 with no problem. I can tell you this man can. 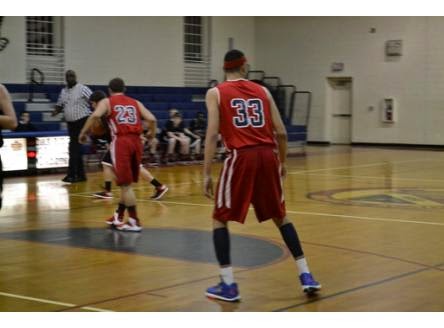 The Egypt Native has a lot under his sleeve and is receiving notices from powerhouse schools including San Diego State. After winning last night against Noble Academy with 36 points, Nour said, "I don't know my plans for next year. Sometimes my teammates frustrate me. I just need to keep my head up and focus on me, and finishing the season with a winning record.This team hadn't had a winning season in four years, and i'm going to change that. I've never had a losing season, and I don't want to have one this year. It's crazy to think that my dreams are actually coming true." All of us are looking forward to watching him as the season goes on!

Posted by CarolinaHSPreps at 12:11 PM No comments: